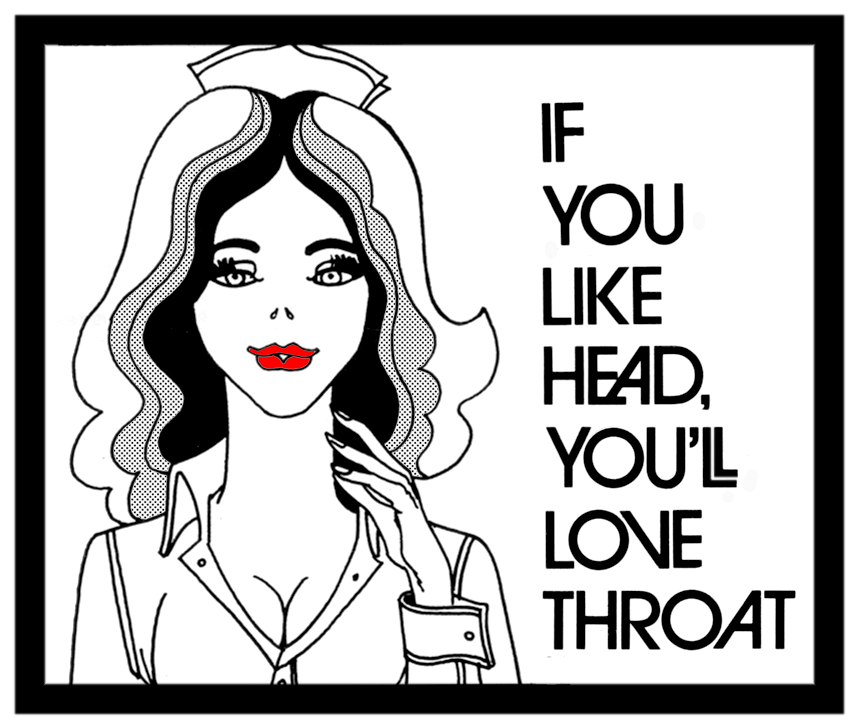 The Zeitgeist of 1972, Deep Throat brought adult films into the mainstream and kickstarted the Sexual Revolution. Its success was unprecedented, breaking box office records in its very first week of exhibition. Lauded as one of the first hardcore films to feature a plot, character development, and production values, it pushed the limits of what could be shown on screen and made an international celebrity of its star,  Linda Lovelace.

Busted by police, picketed, and banned, the ongoing persecution only added to  the film’s popularity. It would help to create the Adult Film Industry and an audience hungry for feature length films with adult content. Celebrities, dignitaries, couples,  and women joined the usual “raincoat crowd,” waiting in lines that wrapped around the block just to see it.

A half century later the film still enjoys a cult status, having found its way into every aspect of popular culture. Referenced in countless films, documentaries, and TV shows, it has inspired songs, plays, and musicals. The term “Deep Throat” became a household word and can now be found in Webster’s dictionary.

Deep Throat is still considered to be the most profitable film of all time. “There it is! You little bugger… there it is!!” - Linda Lovelace and Harry Reems in Deep Throat