A divine appointment with Miss Sharon Mitchell on the streets of Scotts Valley, CA 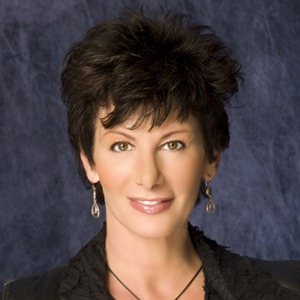 Sharon Mitchell (known by her peers as “Mitch”), acted Off-Broadway, and toured with the Martha Graham Dance Company, before starring in her first adult film, That Lady from Rio, in 1976. During her career, she has appeared in more than 600 films, and directed 18. By the 1980s Sharon’s lifestyle had taken it’s toll on her. She became a heroin addict, and suffered from a number of STDs. in 1996, following a brutal assault, by a crazed stalker which nearly killed her, she quit drugs and went back to school. She earned both an MA and Phd, and in 1998, she founded the nonprofit Adult Industry Medical Healthcare Foundation (AIM), which provided testing for sexually transmitted diseases, and drug and psychological counseling for porn actors. In 2011, an information leak led to a lawsuit, and the clinic's closure.

Sharon had a powerful screen presence. She was one of my father’s favorite performers, and he used her in at least 6 of his films, including a non-sex role in The Satisfiers of Alpha Blue. When I first met Sharon Mitchell during the production of Throat: 12 Years After, I was only 19 years old, but well aware of who she was. She was not like any of the other porn stars of the day. I could relate to the street smart, Italian looking, Jersey girl, who was small in size, big on attitude, and totally HOT. In the film, she played a scene within a scene, in which she recounts one of her earliest sexual experiences, a kind of school yard fantasy. The performer playing opposite her, had never been in a porn film before, and was hired for his youthful appearance. He was not much older than me. His role required him to put his erect member through a chain link fence, while Sharon, on the other side (in a cheerleader outfit no less), gave him head. Later that night, after we had wrapped for the day, I joked with my father, telling him that whatever that kid was getting paid for the scene, I would have done it for half.

I had a very hard time tracking Sharon Mitchell down. Word in New York was that she had begun using again, and was living on the street. Knowing her checkered past, we feared the worst, and had all but given up on finding her. Once in Hollywood, I was given a cell number, from a mutual friend, but was cautioned that no one had seen or heard from her in weeks. When we finally connected by phone, Sharon sounded surprisingly well, and we made plans to meet outside of Santa Cruz. Days later, as we exited off Highway 17 to Scotts Valley, the phone rang. It was Sharon, who had called to say that she was out walking her dog, and wondered when we would be arriving. We were stopped at the first traffic light off the highway, and as I listened, I noticed a woman talking on the phone and walking a dog past our car. I rolled down the window and yelled out “Mitch?!”. The dashboard cam caught a glimpse of our divine appointment with Sharon, in the time-lapse video, shown below.

We were happy to find her in good health, perhaps a little worse for wear from a motorcycle accident she had recently suffered, when a deer darted out in front of her. Despite the knee brace, she appeared to be in remarkable physical shape. After catching up a bit, and confirming plans to film in the morning, we offered to drive her, and her dog, back home. After driving for miles, up and over a mountain, on a very steep, twisting road, I was amazed to think that she made this walk, down and back, at least once a day, everyday. Larry and I were tired out just from the drive. Once in front of the camera, we spoke about her experiences working with my father on films which include Odyssey, Skin Flicks, Consenting Adults and Night Hunger.

Today, “Dr. Mitch" works as an expert witness in H.I.V./A.I.D.S. criminal law. She is earning her certification as an EMT, so that she will be qualified to do disaster relief work.